Hi there! Depending on when you first visited this website in the past 3 years? A LOT has changed. And it all based on 1 thought …

What is your Idea to Change the World ? … we could leave something behind before ‘kicking the bucket’ based on a  ‘tell-a-few’ idea going as far back as 2008. Options4All is the brainchild of semi-retired IT nerd Earnie Rhyker. A bucket list item! An idea that grew over time which is perfectly explained in this recent March 2016 FaceBook post:

“The other day one of the people I follow closely on FB shared something insightful. And yet … have you ever noticed how the C stands for Course in the popular FOCUS acronym? Do I lack focus if I recommend multiple movies or restaurants through relationship marketing? Thus sharing great value of product/services that compliment each other AND getting paid in the process (aka opportunity); resulting in having multiple streams of income … ain’t a lack of focus, it’s called being smart. And is something that should be encouraged instead of frowned upon. One of the other things Robert Kiyosaki tells us to do in the cashflow quadrant is to turn costs into assets. So the focus should be on systems that allow oneself to do such things. Which is exactly what my outsourcing company Options4All is currently working on with a couple of hand-picked 6-figure leaders; to develop systems for their teams how to turn business expenses into money making assets. As that ‘course’ / type of education creates a systematic approach how to lower residual bills, increases residual income, and thus creates a positive cashflow which truly sets ‘Joe/Jane average’ up for success.

Listening to leaders or even CEOs who still live in an age whom haven’t figured out what’s possible through technology and the internet? And thus are stuck in blocking beliefs based on legacy thinking? Is the reason why 95% of people ‘fail’.

But … to build something that has never been done before — creating an eco-system like no other; truly offering options for everybody; including consumers, work from home leaders, as well as traditional business owners, internet / affiliate marketing marketers? Well, let’s just say it has come with a few challenges.

It was intended as a systemized approach to provide a cure to a hidden problem in the home & WiFi based business arena that most of you are familiar with in your teams, but are afraid to face; lack of results. And if you got any results in a short amount of time, then there’s the other problem; retention / customer loyalty and thus seeing your residual income go down the drain and having to rebuild your teams every single time. Why is that?

You can have a great teamleader/sponsor/visionair/CEO at the helm of anything, but if he/she doesn’t understand what’s possible with technology? Or the inability to explain it clearly how it benefits the masses step-by-step? Then you are setup for failure when this person launches anything online (and the reality of that approach is how the only bankaccount you will be building is theirs). Same goes for the most gifted programmer; if he/she has only recently started to understand the power of let’s say affiliate marketing? Then how can you expect to build a big networking team through viral marketing? And just because somebody can run a wordpress website, doesn’t mean they understand scalable cloud and VPS hosting technology … and security. And then there’s a large group of ‘entrepreneurs’ (read: scam artists) who have a great idea, maybe even have great intentions, but because they have no clue about law or business ethics; well … go figure.

The Root of the Problem

The amount of people who posses ‘the knowledge’ to converge all expertises required, to build a project that really does what you want it do; to get results short, middle and long term), are scarce. You can definitely recruit and find the required skilled professionals individually, put them in a room, only to find out you’ve created the next warzone. And even if they would work well together? The time and costs involved from project bed rock to skyscraper? Would be years; so nobody really tries. I wouldn’t either if somebody would ask; there are just too many hurdles to be taken. Well proven that again too hehe. So why I did anyway? Cause after spending 20 years online building all kinds of marketing, training, duplication systems, wordpress consultancy, server administration as a freelancer for 5-6 figure per year income earners. I decided to retire from the ‘geek / nerd scene’ in August 2014. Freelancing and volunteering in many open soure communities has been fun, but residual income is so much more fun. Time to start thinking about my own goals, instead of realising others for a fixed salary. But … let’s close out with a big bang; 1 final project in the category ‘mission impossible’.

And as this video trailer I created in April 2015, really talks about an idea and infrastructure, not the actual realization content wise. And don’t you just love the sound of deadlines passing you by? *woosh* Thus, it never really launched the way as intended. But it might this year .. IMPORTANT: While I’m also still involved as co-admin, teamleader, Lead programmer and/or independent distributor in many home based business, direct sales and affiliate (JVzoo, ClickBank, PaySpree) opportunities . AND some of those are being endorsed from within the Options4All platform? It IS NOT or no longer a site for ‘opportunity seekers’, but much more aimed at professionals and entrepreneurs seeking for technical expertise. So, a new V6 feature like Options4All’s ‘Premium membership’ or the new webshop; is not going to be focussed on the masses. It can be, but our aim is to work with + build a long term business relationship with upto a maximum of 50-75 serious entrepreneurs who need an increase using technology as a catalyst. And thus I’m putting the entire focus (back) on what I once started with as a http://tell-a-few.com/about/product-ambassador … to provide value added services around your needs vs. wants, showcases, scenario’s, my own outsourcing services and exclusive partnerships … while (trying) to keep every promise I made on previous Options4All releases. As it does take teamwork to make the dreamwork; forming facultative symbiotic relationships creating the ultimate leverage to touch and impact more lives globally.

Click the picture to find out how Options4All’s vision and services are being put to good use to have a bigger impact: 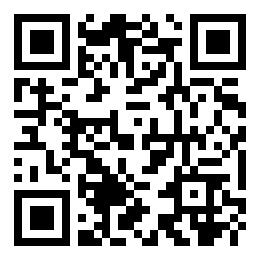 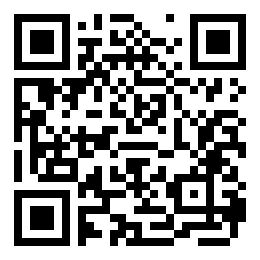 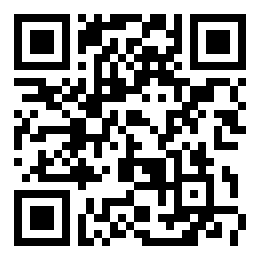 [NL] EKPC helpt je om nog meer uit je computer te halen in 2016 (voorproefje)!
Options4All December 2015 Changelog: Do or Do Not, There Is No Try